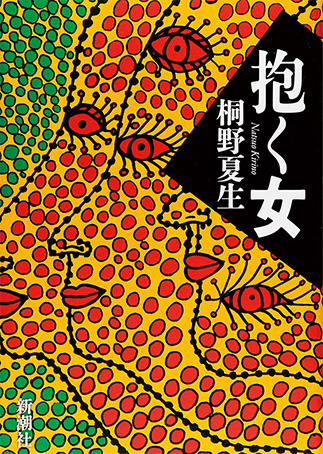 [Women Who Take the Initiative]

This novel is set in 1972, in the dying days of the student movement in Japan. Naoko is studying at a university in Tokyo. She has always kept aloof from the student movement and is not particularly ambitious. She rarely attends classes and spends much of her time playing mahjong and sitting around in jazz cafés. She smokes, drinks, and goes out with men as she pleases.

But Naoko’s behavior is driven by certain convictions. She shares the ideals of the movement just coming to prominence that aims to do away with discrimination against women and achieve equal rights with men. The book’s title comes from a slogan used by the women’s liberation movement at the time, Dakareru onna kara daku onna e (from women who are the objects of desire to women who take the initiative in desire). Agreeing with this ideal, Naoko tries to put it into practice in her life as a student; her apparently promiscuous relationships with men are part of this stance.

But reality is harsher than Naoko has imagined. Her promiscuity leads men to belittle her as a “public toilet,” available to anyone. She is devastated to learn how deeply rooted prejudice against women is.

The student movement of the 1970s has been the subject of numerous historical explorations in the past, in addition to nonfiction and literary treatments and a handful of memoirs by those who were involved. But this novel is distinctive in focusing not on the movement itself but on the lives of the women living through this era. Through its depiction of a life lived in abandonment, the novel vividly portrays the disappointment and anguish of young people in the years after the left-wing student movement began to subside. (CK)

Born in 1951. Won the Mystery Writers of Japan Award for Out [trans. Out] in 1998, the Naoki Prize for Yawaraka na hoho [Soft Cheeks] in 1999, and the Tanizaki Jun’ichirō Prize for Tōkyōjima [trans. Tokyo Island] in 2008. In 2004 the English translation of Out became the first work by a Japanese writer to be nominated for the Edgar Award for best novel. Other works include Gurotesuku [trans. Grotesque] and Saru no miru yume [Monkey’s Dream].