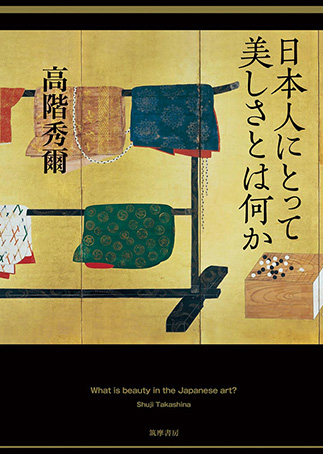 [trans. The Japanese Sense of Beauty]

When observing Japan’s traditional architecture, temples, pagodas, or castles, the reader is invited to note their rooflines. The line of the eaves invariably sweeps down, rising ever-so-slightly at the ends. When Commodore Matthew Calbraith Perry (1794–1858) first viewed the city of Edo from his ships in the mid-nineteenth century, he is said to have declared it a city of nothing but “rooftops.” Indeed, while Western architecture is oriented to the wall, Japan’s architecture is most notable for its roofs, which feature extensive overhangs. Their shape, says the author, is not simply to protect the building against rain and wind but also reflects an aesthetic preference. The sweep of the roofs can also be seen in the arc of a Japanese sword.

“Curve,” says Takashina, is problematic in describing such a line. In the West, he says, “curve” is juxtaposed with “straight,” and a clear distinction is made between the two. For Japanese, on the other hand, curves are prized as straight lines to which a delicate adjustment has been made; together they are part of a continuum out of which a distinctive concept of beauty arises.

Renowned as a historian of Western art and deeply conversant with Japan’s art and culture, the author draws intriguing comparisons with Western and Chinese art to explain the ideas behind Japanese beauty. With its fascinating examples from ancient waka poetry and screen paintings to today’s manga art and cell phone emoji, his book identifies the core spirit of the Japanese sensibility that he believes is a constant since the Heian period (794–1185). It offers an excellent opportunity for rediscovery of Japanese culture. (NK)

Born in 1932. Director of the Ōhara Museum of Art in Kurashiki, Okayama Prefecture, and professor emeritus of the University of Tokyo. He is author of numerous works, including Nijusseiki bijutsu [Twentieth-Century Art]. In 2012 he received the prestigious Order of Culture.