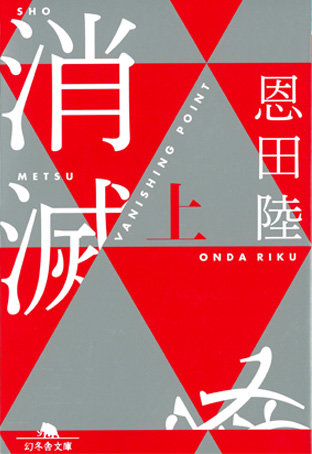 Ozu Yasuhisa has returned to Japan from an overseas business trip and is waiting to go through immigration when an emergency siren starts blaring. This is followed by a major communication network failure that leaves him unable to use his smartphone.

Airport security starts conducting unusually tough immigration procedures. As an immense typhoon approaches, everyone feels anxious over whether they will be able to return home before transportation grinds to a halt. Suddenly Benjamin Lee Scott appears. The founder of the famous website GoToHellLeaks has been put on a nationwide wanted list in the United States. An immigration officer stops Scott for questioning, and Ozu himself is taken to another room.

The authorities have learned that a major terrorist attack has been planned and that one of 10 passengers, including three women, is actually a terrorist. They are shut in a room together. A robot in the form of a woman called Kathryn watches over and looks after them. Distrustful, they begin to sound each other out, attempting to discover who the terrorist is. As Kathryn takes them to another room to sleep at night, a middle-aged woman named Ichikawa Kyōko attempts to dash away, and the story takes a sudden turn.

Since her debut Rokubanme no Sayoko [The Sixth Sayoko], Onda has written many works crossing genre boundaries. This novel depicts characters in various walks of life—including an engineer, an office worker, a policeman, a doctor, and an academic—trapped in an airport over the course of a day’s events, bringing the diversity of contemporary society into relief. It also incorporates observations and concerns regarding artificial intelligence within its literary expression, hinting at the weakness of social systems based on advanced technologies. (CK)

Born in Miyagi Prefecture in 1964. Made her debut in 1992 with Rokubanme no Sayoko [The Sixth Sayoko]. Won the Yoshikawa Eiji Prize for New Writers and the Booksellers’ Award in 2005 for Yoru no pikunikku [Nighttime Picnic], the Mystery Writers of Japan Award in 2006 for Yūjinia [Eugenia], and the Yamamoto Shūgorō Prize in 2007 for Nakaniwa no dekigoto [The Incident in the Courtyard], and the Naoki Prize in 2017 for Mitsubachi to enrai [Honeybee and Distant Thunder]. Her other books include Yume chigai [Dream Change].