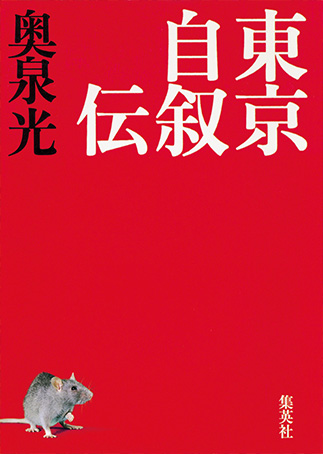 The protagonist and first-person narrator of this novel is the city of Tokyo itself, the numinous genius loci of Tokyo that abides through a series of incarnations beginning long before the end of the Edo period in 1867 and continuing to the present day. At times the spirit has been reborn not only as a human being but also as an animal. One incarnation was as the cat that lived with the great writer Natsume Sōseki (1867–1916) when he wrote his novel Wagahai wa neko de aru [trans. I Am a Cat].

The narrator experiences the tumultuous history of the city as it moves from militarism to postwar growth and postbubble stagnation. Long years of experience seem to bring neither wisdom nor philosophical maturity, to judge by the narrator’s total lack of introspection and refusal to accept responsibility: “Whatever will be will be.” This fatalism turns out to be the leading principle of Tokyo as a metropolis and of the wider Japan that emulates its example.

While enjoying the narrator’s garrulous and humorous account of Tokyo’s history, readers will detect foreboding signs of catastrophe. If everything is to be destroyed sooner or later, the narrator suggests, where’s the sense in thinking too deeply about it? The premonition turns into reality in the final chapter. The disaster of March 11, 2011, was a hint of what lies ahead for Tokyo’s future. Okuizumi takes the fate of a metropolis and spins it into a picaresque novel of heroic resolve in the face of looming disaster. In this feat of literary daring, he achieves astonishing success. (NK)

Born in 1956. Professor at the Faculty of Literature, Arts, and Cultural Studies of Kinki University. Received the Akutagawa Prize in 1994 for Ishi no raireki [trans. The Stones Cry Out], the Noma Prize for Literature in 2009 for Shinki: Gunkan “Kashihara” satsujin jiken [Sacred Treasure: The Kashihara Warship Murders], and the Tanizaki Jun’ichirō Prize in 2014 for Tōkyō jijoden.