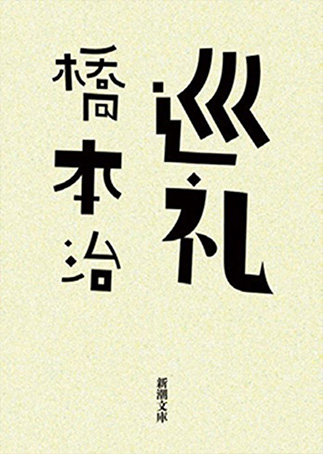 Today’s young Japanese minimalists, who wish only for their smartphones and a small set of bare essentials to accompany them, may think of paper books and fashionable clothes as inherently undesirable rubbish. At the same time, we cannot ignore the existence of the nation’s compulsive hoarders, living in houses overflowing with trash they cannot discard.

The novel’s protagonist, a man in his seventies, is possessed by the obsessive belief that discarding a thing “transforms and eradicates all meaning from the time I’ve lived.” Having experienced Japan’s World War II defeat as a sensitive youth, Tadaichi appeared destined to lead an innocuous existence as the inheritor of a hardware shop in suburban Tokyo. Yet his son died, his wife left him, and the family business fell behind the times with the end of the country’s high-growth period, leading to an ugly present. The novel uncovers the background to his personal situation while telling the postwar history of the outskirts of the capital.

When families and society are on an upward trend, there is no end to renewal and rejuvenation. Once they start to decline, however, people are subjected to emotional instability and their desire for living is eroded. The refuse that ordinarily passes out of our lives with the times begins to pile up. . . . The story of one man’s ruin cuts to the heart of the issues that are inherent in the end of our modern, mass-consumption society, providing considerable food for thought. (OM)

Born in 1948. Writes across a broad range of fields, including fiction, criticism, essays, and modern translations of classic works. Received the Kobayashi Hideo Prize in 2002 for Mishima Yukio to wa nani mono datta no ka [Who Was Mishima Yukio?]. Other works include Yōhen Genji monogatari [An Altered Tale of Genji], Sōjō Heike monogatari [The Tale of the Heike in a Different Key], “Ai no botan’yuki” [trans. Peony Snowflakes of Love], and Jōruri o yomō [Reading the Jōruri Chanting Style]. Passed away in 2019.