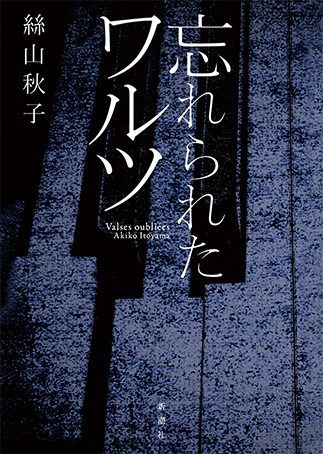 When Fūka, a university student, returns to her parents’ home, her older sister, who has been playing the piano, makes some strange comments and dashes out of the house. Her mother is on a business trip and her father is shut away in his room. At dinnertime, Fūka orders some home-delivery sushi and spends the evening in small talk with her father.

It seems at first glance like a very ordinary household, but the four characters are all immersed in their own individual worlds. Fūka’s TV commentator mother rushes all over the country giving lectures. Her father is a firefighter who puts his energies into studying foreign languages in his free time. Her sister is desperate to catch the man having an affair with her mother. Fūka herself battles bouts of nervous itching.

There is no traditional plot in this story, which is simply a loose collection of fragmentary episodes from daily life. Yet in their arrangement, a picture emerges of the modern family—and the chill wind raging through it. The seven short stories in this collection all share a sense of the uncanny that lies hidden beneath the thin ice of everyday life and a calm that appears on the verge of being destroyed.

Since her shocking debut, Ittsu onrī tōku [It’s Only Talk], the author, Itoyama Akiko, has been one of Japan’s most supremely talented writers. This collection represents her daring challenge to fictional form. Even in avant-garde novels, authors tend to pursue artistic expression by developing stories through an eventbased narrative. Itoyama, however, breaks up standard chronological development and transcends narrative to address the fragility of human relations and the com - plexities of communication. (CK)

Born in Tokyo in 1966. Worked at a maker of household appliances before becoming a novelist. Received the Bungakukai New Writers Award in 2003 for “Ittsu onrī tōku” [It’s Only Talk], the Akutagawa Prize in 2006 for “Oki de matsu” [Waiting Off the Coast], and the Tanizaki Jun’ichirō Prize in 2016 for Hakujō [Heartless]. Her other works include Bakamono [Fool], Tsuma no chōzen [A Wife’s Indifference], Matsuei [Descendants], and Ririku [Takeoff ].