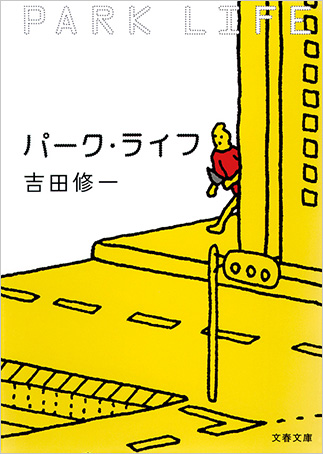 In a Tokyo park, the narrator reencounters a woman to whom he had previously spoken on the subway. They start to talk together regularly, becoming closer in the process, but do not touch on their personal lives—they do not even share their names. One day she invites him to a photography exhibition, where he finds out that she is from Akita Prefecture in the north of Japan. But immediately after he learns this, she leaves with the air of having made a decision.

This is a rather strange work. Nothing really happens and there is no traditional plot development. The narrative simply depicts in parallel a number of ways of living and human relationships.

The Udagawas, friends of the narrator who were his seniors at university, tried to become more intimate with one another, but this became a psychological burden on their marriage and they separated. His parents are a loving couple, but his mother regularly comes to stay with him in Tokyo and wanders the streets alone. This seems to be his parents’ key to maintaining their marriage over the long term.

Most mysterious of all is the relationship between the narrator and the nameless woman. They have warm feelings for each other and get restless if they do not meet for even one day. But frightened of moving any closer, they remain stalled one step away from love.

While people cannot live in total solitude, sometimes relationships can feel like a hassle. If married couples or lovers in the first heat of passion feel moments of unbearable longing to be together, there are also times when they wish to establish distance. It can be difficult to find the same wavelength, which can cause disagreements. The work skillfully depicts the inherent contradictions of daily life and the shades of emotion that life conceals. (CK)

Born in Nagasaki Prefecture in 1968. Won the Bungakukai New Writers Award for Saigo no musuko [The Last Son] in 1997, the Yamamoto Shūgorō Prize for Parēdo [trans. Parade] and the Akutagawa Prize for Pāku raifu [Park Life] in 2002, and the Osaragi Jirō Prize and Mainichi Publishing Culture Award for Akunin [trans. Villain] in 2007. Other works include Sayonara keikoku [The Ravine of Goodbye]. Parēdo, Akunin, and other works have been adapted into films.