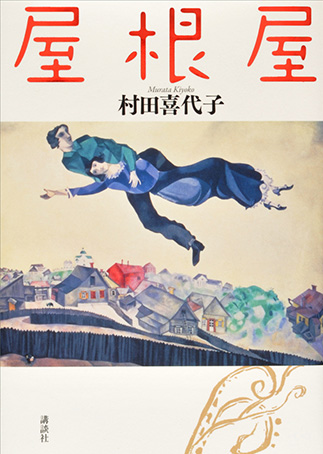 The man who comes to deal with the rain leak is large, middle-aged, and apparently surly. However, the housewife narrator is drawn to the way he silently goes about his work. Finally, he opens up and begins to talk about the hardships of his rooftop job and the importance of tiles in protecting Japanese-style houses from rain. His wife died 12 years earlier and he has suffered from neurosis, sometimes driven to the point of wanting to fling himself from a roof in the middle of a job. To get through the crisis, he began keeping a dream diary; he says he now knows a way to have the dreams he wants to.

Intrigued by the man’s words, the narrator, usually proud of being a deep sleeper who never dreams, becomes aware of the dream world. Under the roofer’s tutelage she begins to meet him while asleep and the two go on journeys together. They fly from Japanese temples to Gothic cathedrals in France, in a series of trips taking them from large building to large building. For the narrator, it is an experience of freedom and adventure away from her husband and high-school-aged son. However, strong feelings begin to grow between the narrator and the roofer, and they go beyond being simply dream companions.

With a light touch, the author deftly captures the shifting emotions of a housewife yearning for liftoff from everyday life and outlines a fantastical version of love. This feeling emerges at the mysterious borderlands of love, “where materialism, lust, and anything like ego vanish along with the body.” (NK)