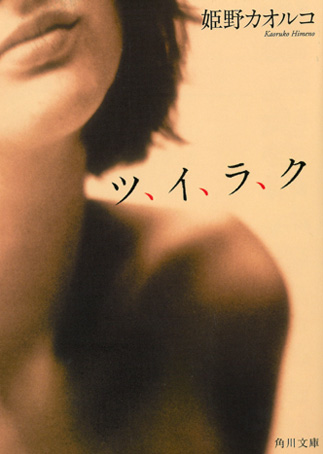 This book sketches a quintessentially human drama, centered on second-grade children. The girls awaken to love early, building social relationships every bit as complex as those of adults before entering junior high school and discovering sex. The adolescence of Morimoto Junko is prominent in the story. She falls violently in love with her Japanese teacher, Kawamura, ultimately getting hurt before she graduates. Himeno Kaoruko vividly depicts the life of young girls, and the precocious sexual experiences of Junko in particular, with a satirical touch.

The work dispels the pure and beautiful, tender and vulnerable image of teenage love. The girls fall in love, immediately move on to sex, and become women in the space of a night. The boundary between love and sex is ambiguous, but this does not bother them. Perhaps the distinction between earnest affection and exultant sex is one that these young girls do not need to make. This may be the first time that the uninhibited love of teenagers has been written about so directly.

It is Himeno’s style that particularly draws the reader’s attention. With exquisitely crafted sentences and effective use of variations in tone, she describes the diverse lives of the growing girls.

Another feature is the bold use of elements meant to elicit laughter. It is difficult to employ humor in romantic fiction, but this book organically integrates these elements into the text. In overturning the rules of love stories one by one, the work achieves an unprecedented freshness and emotional heft. The unique story and combination of a variety of voices create a novel that will linger in readers’ memories. (CK)

Born in Shiga Prefecture in 1958. Debuted with Hito yonde Mitsuko [A Girl Named Mitsuko] in 1990 after submitting the unsolicited manuscript to a publisher. Named a candidate for the Naoki Prize in 1997 for Junan [The Passion]; in 2004 for Tsu, i, ra, ku; in 2006 for Haruka Eiti [Haruka Eighty]; and in 2010 for Riaru Shinderera [The Real Cinderella]. In 2014 she won the Naoki Prize for Shōwa no inu [Shōwa Dogs].