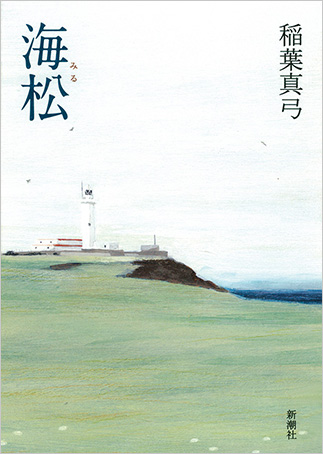 Also published in: Korean (“Miru” only, as part of a collection of Kawabata Yasunari Prize– winning works)

Miru is a collection of four stories, perhaps the most compelling of which are the title piece, which won the Kawabata Yasunari Prize for Literature in 2008, and its sequel “Hikari no numa” [Marsh of Lights]. Together, they tell the story of a single woman in her middle years who builds a house on some hillside property she has bought by an inlet on the Shima Peninsula. Marked by a precise and subtle prose style, the stories describe the quiet moments she spends here when she can steal away from her solitary life in Tokyo, escaping back to nature with her faithful cat, far from the chaos of the big city. No major events take place, there are no dramatic twists in the plot, and the world the stories describe could hardly be more confined. But the supple flow of the protagonist’s thought itself forms a rich narrative, expressed through the textual presentation of her small, day-to-day discoveries and observations. The work is marked by the delicate sensibility that has always been a hallmark of fiction by Japanese women, and stands firmly in the traditions of the finest short story writing. As she writes in “Miru”: “The things I grow close to during my time here are barely tangible, almost without form. The firelight, the water in the marshes, the clay and the fungi, and the murmuring of the trees’ branches against the walls of the house.” Watching crowds of fireflies as they rise from the marsh below her house, she is able to muse that, “Although I will someday die, we will live on.” The collection is studded with similar moments of revelation and insight. (NM)

Born in Aichi Prefecture in 1950. Won the Women’s Literary Prize for Endoresu warutsu [Endless Waltz] in 1992. Her short story “Miru” won the Kawabata Yasunari Prize for Literature in 2008 and became the title of this collection, for which she won the Minister of Education’s Art Encouragement Prize in 2010. She also received the Tanizaki Jun’ichirō Prize for Hantō e [To the Peninsula] in 2011 and the Medal of Honor with Purple Ribbon in 2014. Her other works include Suna no shōzō [Portrait in Sand]. Passed away in 2014.