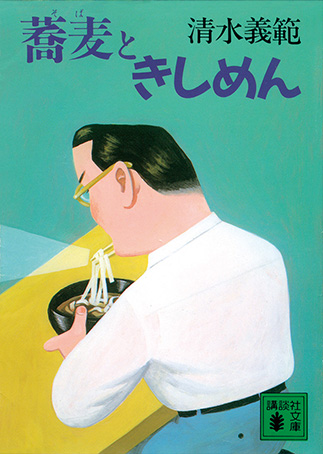 This novel takes the form of a “treatise” on theories of Nagoya people, and there are no main characters, as in a normal novel. Episodes appear one after another, but there is no consistent storyline.

The book’s most distinctive feature is the way it mixes intellectual witticisms with an exaggerated depiction of the ethos of the city of Nagoya and the behavioral patterns of its people. Needless to say, that aspect of the novel is deeply related to the fact that the author is from Nagoya.

In works of literature, localities are often described in terms of love for one’s hometown. In such cases, the beautiful scenery of one’s native place is not simply the impersonal world of nature. Rather, it is an image imbued with an individual’s feelings and sentiments, an extremely affective idea. For that reason, “local regions” as hometowns are always remembered in terms of an individual’s growth and emotions, and are often recalled as an idealized past.

Not all forms of hometown affection are depicted as feelings of nostalgia or sentimental reminiscences. Writers also ridicule localities, satirize them, or depict them with a humorous touch. In some cases, that actually proves the closeness of the emotional bond between the authors and the places where they grew up. This novel is one of those rare works that accomplishes such a feat.

It has appeal precisely because there are so many truths and exaggerations mixed up in the humor-cloaked hometown criticism. This novel is more than just a simple critique of one local region called Nagoya; it can also be read as a miniature version of Nihonjinron, or theories of Japanese-ness. To go even further, it might apply to many cities around the world.

The writer Shimizu Yoshinori is a master of pastiche novels and a rare breed in contemporary Japanese literature. One can expect to have many difficulties translating his work into a foreign language, but he is a writer who is well worth the challenge. (CK)

Born in Aichi Prefecture in 1947. Attracted attention for his pastiche style in works like Soba to kishimen and Eien no Jakku to Beti [The Eternal Jack and Betty]. Won the Yoshikawa Eiji Prize for New Writers in 1988 for Kokugo nyūshi mondai hisshō hō [The Way to Mastery of Japanese Language Entrance Exam Questions]. His many other works include Tobisugiru kyōshitsu [The Classroom That Flies Too High], Don Kihōte no matsuei [Don Quixote’s Scion], and Hayawakari sekai no bungaku [A Quick Guide to World Literature].