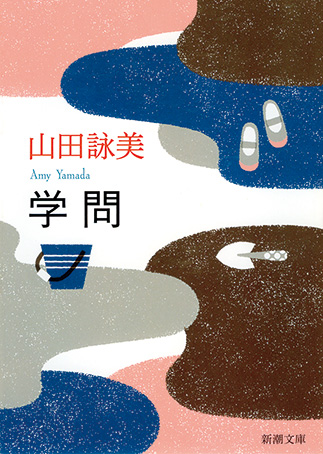 Despite its scholarly sounding title, this work is in fact a novel set against the backdrop of a Shizuoka Prefecture city. The central characters are a group of four friends born in 1962. Each of the four chapters focuses on their lives at four different points in their school lives—the second and fifth year of elementary school, the second year of junior high school, and the first year of high school. Their growth from childhood to adolescence and their experiences with love and sex are described over the course of their approach to adulthood. Readers will be especially charmed by the nostalgic atmosphere of the city setting and the author’s tender portrayal of the protagonists. In an interesting approach, each chapter begins with a magazine article announcing the future death of one of the characters, save for the last chapter, which concludes with the article. The lives of the characters shine all the brighter for the knowledge that none of us is destined to live forever.

The English translation for the Japanese title—Gakumon—to some extent fails to convey the stricter, harsher nuance of the Japanese term. Ordinarily it would be unthinkable to use it as the title for a novel. No doubt the author uses this unusual yet memorable heading to describe the characters who grow up as “favorite pupils” of that mysterious concept of yearning, and it stands as an apt description of the complex mingling of the lyricism and sensuality of their determined lives. (NM)

Born in 1959. Won the Naoki Prize for Souru myūjikku rabāzu onrī [Soul Music Lovers Only] in 1987 and the Tanizaki Jun’ichirō Prize for Fūmi zekka [Incomparable Flavor] in 2005. Also received the Noma Prize for Literature for Jentoruman [Gentleman] in 2012 and the Kawabata Yasunari Prize for Literature for “Seisen teruteru bōzu” [Fresh Fine Weather Dolls] in 2016. Other works include Ashita shinu kamo shirenai jibun, soshite anatatachi [I Might Die Tomorrow, and So Might All of You].