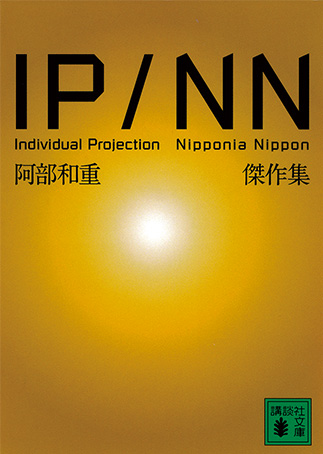 In Shibuya, the center of Tokyo’s most exciting youth culture, the protagonist Onuma works as a young projectionist in a cinema. He has a secret, though—for five years he trained at a school for spies. One day, he reads in a newspaper that some colleagues from that time have died in a traffic accident. A disturbing shadow starts to loom over his tranquil existence. Someone is following him; he has runins with gangsters. Then there is the mysterious film left with him by a man who was once a colleague from the spy school. Could the whereabouts of a nuclear device, which the school’s former headmaster obtained from a criminal organization, somehow be behind all of this?

The narrative takes the form of Onuma’s diary, and everything is written from his viewpoint. As the diary entries take on an increasingly delusional hue, the reader is drawn into the vortex of a tale packed with hints of danger. Characters that seem to be Onuma’s other selves run rampant through the story, blurring the line between truth and falsehood until eventually the story reaches its strange final scene. With its crisp literary style, unflinching gaze at violence, and sensitivity that exquisitely captures the desolation of contemporary cities, this is one of the works that symbolizes the birth of a new Japanese literature. (NK)

Born in 1968. Graduated from the Japan Institute of the Moving Image. His debut novel Amerika no yoru [American Night] won the 37th Gunzō New Writers Award in 1994. Also awarded the 132nd Akutagawa Prize in 2004 for Gurando fināre [Grande Finale]; the Itō Sei Literary Prize and the Mainichi Publishing Culture Award in 2004 for Shinsemia [Sinsemilla]; and the Tanizaki Jun’ichirō Prize in 2010 for Pisutoruzu [Pistils].