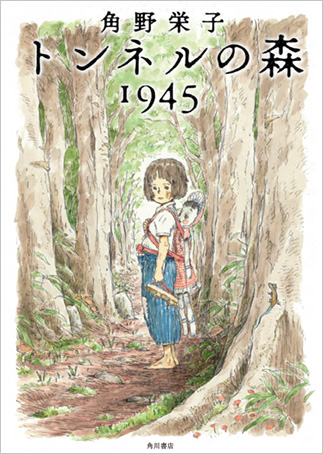 At the age of five, Iko is sent to live with her paternal grandmother after her mother dies. Iko’s father remarries when she is in first grade, but his conscription notice arrives late that summer. On December 8, war breaks out between Japan and the Allied nations. Iko’s stepmother is pregnant.

Just before Iko’s fourth-grade summer vacation, her father returns from the battlefield, gaunt from illness. The war grows fiercer, and bombing raids on Tokyo seem imminent. Iko’s father must remain in the city, but Iko is evacuated to a small village on Tokyo’s outskirts with her stepmother and little half-brother. The three of them move into a thatched house surrounded by overgrown grass.

Every day, Iko walks to her new school down a trail in the woods that feels like a tunnel due to the dense foliage overhead. The tunnel is a shortcut, but a dark and scary one. A boy in Iko’s class tells her about a disturbance in the village not long ago when a deserting soldier was found to be hiding out in the house where Iko now lives. That deserter, the boy adds, remains on the run. Now finding the tunnel even scarier, Iko takes to muttering, “Iko, coming through!” as she runs through the woods. One day, she meets a soldier playing a harmonica there . . .

This mysterious, slightly scary tale is based on the wartime experiences of author Kadono Eiko, winner of the Hans Christian Andersen Award. Its unassuming first-person narration conveys the unease of a young girl living apart from her father in an unfamiliar rural village along with the terror of war. A work of great profundity. (NA)