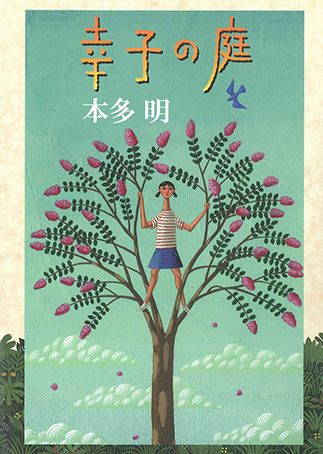 Twelve-year-old Sachiko’s great-grandmother decides to visit Sachiko’s house as the final journey of her life. Her great-grandmother lives in the house when she was married, but its large yard has been left to grow wild in the years since. With only four days until the visit, Sachiko’s mother is unable to find anyone able to clean the yard up in time. Sachiko, who is currently refusing to go to school, calls a landscaping company she finds in the phone book. The company agrees to take on the job.

Kenji, a gardener in his twenties, arrives at the house to tidy up the yard. Sachiko and her mother both thrill to the sound of Kenji briskly pruning the trees. Gradually the yard grows less ominous and gloomy as its trees become visible one by one, each standing out in its own way. As Sachiko watches the yard return to life, her feelings grow sunnier too. Meanwhile, Kenji ruminates as he works, thinking about his blacksmith grandfather, and his own work history—how he became a landscaper after high school and set about mastering his trade, even as he struggled with interpersonal relationships.

When Sachiko’s great-grandmother and grandmother arrive, Sachiko’s mother and Sachiko join them for a walk in the yard. Four generations of the family’s women muse on the lives of plants and people.

Through Kenji’s explanations of how he is shaping the yard, this book conveys the appeal of landscaping itself. Readers will learn that it is a matter of respecting the individuality of each and every tree, creating harmony across the entire yard, and ensuring that all those who view the garden will sense its beauty.

Born in Tokyo in 1954. Graduated from Meiji University School of Arts and Letters. His book of poems Niji bōto no kōrizatō [Crystal Sugar of the Rainbow Boat] published in 2006 was a candidate for the H Prize for contemporary poetry. Won the Japan Association of Children’s Literature Scholars Long Children’s Literature Award for Newcomers.