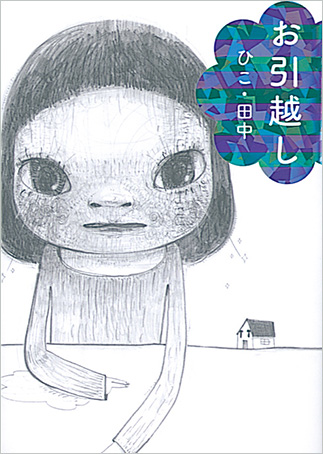 This story centers on 11-year-old Renko, whose parents’ divorce makes her think about family and love. It begins with her father leaving the house the three have lived in together. Her father’s university friend comes with his girlfriend to help with the move. Renko horses around with them, and then says goodbye to her father. Her parents met at university, and Renko’s mother used to help with the advertising business Renko’s father runs from home. However, when she got another job, their relationship came under strain. After the separation, Renko’s mother draws up a draft contract by which she and Renko can live together. This includes assignment of housework duties and matters related to her father. Renko redrafts the contract to give herself equal status, stating, for example, that when she does not want to meet her father, she will tell him directly rather than asking her mother to. Her mother reverts to her maiden name, but when she asks what Renko wants to do about her own name, Renko realizes that there are many issues around surnames and marriage. The book also depicts Renko’s interactions at school with Risa, who took her mother’s name after her parents divorced due to an affair her father had, and a boy called Minoru she goes out with.

The divorce makes Renko see that her mother and father are people before they are parents. She tries to coolly accept this, maintain a loving relationship with her father, and make a success of living with her mother. Although described with humor, this only brings home Renko’s sadness and confusion to the reader more strongly. When the book was published, it was praised for tackling the taboo topic of divorce without drowning in sentiment, and it has been adapted to film, but it has lost none of its freshness. (DY)

Born in Osaka in 1953. Author and critic. Winner of awards including the Muku Hatojū Children’s Literature Award and the Japan Association of Children’s Literature Scholars Prize. His works include Gomen [Sorry], Karendā [Calendar], Rettsu to neko-san [Letts and the Cat], and Haru to Kana [Haru and Kana]. His picture books include Heta nan yo [I’m Not Good at It] illustrated by Hamano Yuka and Korin no omise biraki [Colin Opens a Shop] illustrated by Yamanishi Gen’ichi. His critical writings include Otona no tame no jidō bungaku kōza [Children’s Literature Course for Adults] and Fushigi na fushigi na kodomo no monogatari [Stories of Wonderful, Wonderful Children].