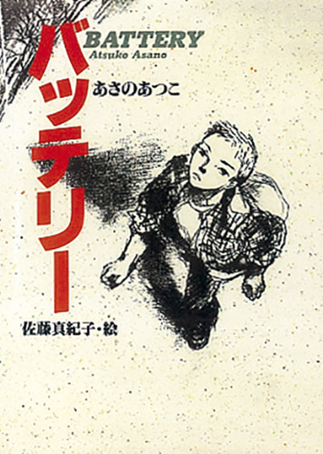 The spring break before his first year of junior high school, Takumi’s father is transferred to Okayama Prefecture. The family relocates to his parents’ small hometown, moving in with Takumi’s grandfather. Takumi is a confident kid who trusts in nobody but himself. He is also a pitcher referred to by others as “gifted” for his elementary-school baseball team. With his father always busy at work and his mother constantly taking care of his chronically ill little brother Seiha, Takumi turns inward and shuts himself off to everyone else. Despite the barriers Takumi puts up, his grandfather Yōzō—a former high-school baseball coach with numerous appearances at the national high-school tournament under his belt—watches him with a stern but gentle eye.

One day, Takumi is out jogging, still committed to his training regimen even in his new environment, when he meets a big, burly boy named Gō, who is the catcher on his local team, which he helped take all the way to the prefectural tournament. He knows all about Takumi already. Aiming to impress his new acquaintance with his arm, Takumi gets Gō to play catch with him—and is stunned to find that Gō has no problem catching his hardest fastballs. He realizes that he and Gō could be a formidable pitcher-catcher battery.

In a story that spans no more than a brief spring break, Asano Atsuko weaves together a memorable dramatic arc around two compelling protagonists, their families, and their baseball-loving friends. The ending leaves readers wondering how being on the same team in junior high will shape the growing bond between the tough-minded Takumi and the big-hearted, understanding Gō. Batterī proved so popular that it was followed by not only five sequels that follow the boys through their struggles and progress but also manga, anime, radio, TV, and movie adaptations. (FY)

Born in Okayama Prefecture in 1954. After working as an elementary-school teacher, she made her debut as a writer. Is active in a variety of fields including children’s literature, fantasy, and historical novels. Has won the Noma Prize for Juvenile Literature, the Shōgakukan Award for Children's Literature, and other awards. Her literary works include Rabu retā [Love Letter], the Za manzai [The Manzai] series, the Hotaru-kan monogatari [Firefly Inn Story] series, Tamayura [Tamayura], and Fukushū purannā [Revenge Planner].