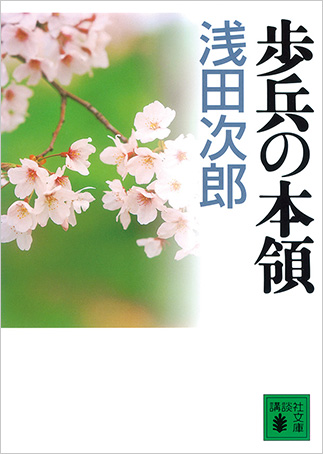 [The Nature of Infantry Soldiers]

The role of Japan’s Self-Defense Forces in relation to the Constitution and recently enacted security legislation has drawn a range of debate and come under the political spotlight. However, there are few vivid and detailed literary depictions of the thoughts and lives of those who serve in the SDF.

In this sense, Asada Jirō’s Hohei no honryō, a collection of linked short stories, is a rare and valuable work that describes the daily life of SDF members. Asada is a Japanese literary heavyweight known for his many bestselling historical novels and currently serves as president of the Japan P.E.N. Club. He also served in the SDF in his young days before becoming a novelist, though, and this book is based on his own experiences and observations. The setting is the 1970s, when the SDF was very different from now. At the time, “wages were excessively low and the working environment entirely awful,” so that those who entered as volunteers included numerous “oddballs” and “young people who, for whatever reason, had nowhere else to go.” At the same time, many of the senior officers had been members of the Imperial Army before 1945, and insidious old military practices remained in use.

Asada applies his characteristically skillful storytelling to this material, adding plentiful touches of humor and human feeling, to brilliantly portray the difficulties SDF members faced and their pride in their work. (NM)

Born in Tokyo in 1951. Received the Yoshikawa Eiji Prize for New Writers in 1995 for Metoro ni notte [Riding the Subway], the Naoki Prize in 1997 for Poppoya [trans. The Stationmaster], the Chūōkōron Bungei Prize in 2006 and the Shiba Ryōtarō Prize in 2007 for Ohara meshimase [Slit Your Belly], and the Mainichi Publishing Culture Award in 2010 for Owarazaru natsu [Endless Summer]. Was president of the Japan P.E.N. Club from 2011 to 2017.