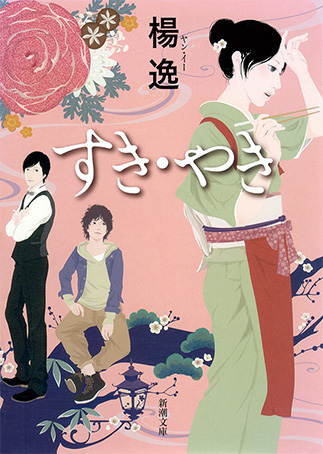 Also published in: Chinese (appeared in the Taiwanese literary magazine Lianhe wenxue in 2010)

Around 140,000 foreign students are currently learning in Japan. Despite this number, there are still very few novels depicting their day-to-day lives. This book, written by an author who herself came to Japan to study before becoming a novelist, is a profoundly humorous masterpiece depicting days filled with discoveries and happiness experienced by Coco, a Chinese student.

While striving to polish her Japanese and succeed in her university studies, Coco works part-time at a high-end sukiyaki restaurant. When dressed in the traditional Japanese uniform of the restaurant, wrapped in her obi belt, she feels that she looks like a bundled-up leek. At first, she does not know how to serve sukiyaki to diners, but as her more experienced colleagues look out for her, she slowly adapts to the restaurant. The regular customers come to like her.

At the same time, a male Korean student at her university regularly speaks to her. As the two of them hold conversations in broken Japanese they achieve a sense of solidarity. But while the Korean student is hoping for a relationship, Coco herself feels a growing passion for the sukiyaki restaurant manager.

As the author amusingly brings into relief the gap between Japanese, Chinese, and Korean practices and thinking, she succeeds in lightly weaving what might be called a comparative cultural or multicultural novel. (NK)

Born in Harbin, China, in 1964. Came to Japan in 1987 and graduated from Ochanomizu University in 1995. Received the Bungakukai New Writers Award in 2007 for Wan-chan [Wang-chan]. In 2008 she became the first nonnative writer of Japanese to win the Akutagawa Prize for Toki ga nijimu asa [A Morning When Time Bleeds]. Her other works include Kingyo seikatsu [Life with Goldfish] and Oishii Chūgoku: Santenkuratsu no tairiku [Delicious China: A Sweet, Sour, Bitter, and Spicy Continent].