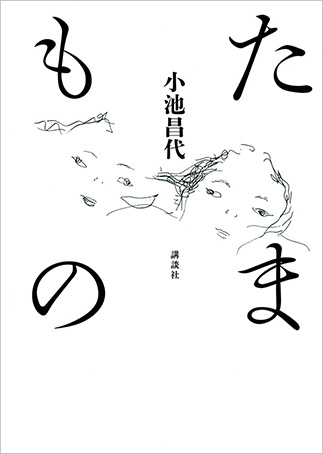 One day, when the narrator was in her early forties, an old childhood friend and former lover appeared on her doorstep with a baby in his arms. He begged her to take care of the baby, whose mother had been killed in a traffic accident. He promised to come back to collect the child one day. Ten years later, the woman looks back over the time she has spent bringing up the baby boy alone. When responsibility for a fragile life is suddenly thrust upon a person one day, what can that person do but cherish that life?

This simple truth about child-rearing is presented in unshakable terms. The fact that there is no blood relationship between the woman and her son only brings the nobility of the connection between mother and child into clearer focus. The overwhelming feelings associated with treasured children are one of the oldest themes of Japanese literature, as seen in the verse “there is no jewel more precious than a child” from the Man’yōshū collection of fourth- to eighth-century poetry.

The novel also depicts the fragility and loneliness of this maternal relationship. The awareness that her child will one day be taken from her makes the sight of her healthy boy even more precious. The author, also known as a poet, captures in lively prose the deep emotions that can come from living with a child. As Japanese society struggles with the consequences of a dwindling birthrate, this book serves as a timely reminder of the special joy that children can bring. (NK)

Born in Tokyo in 1959. Poet and novelist. Won the Takami Jun Prize in 2000 for Mottomo kannōteki na heya [The Most Sensuous Room], the Kōdansha Essay Award in 2001 for Okujō e no yūwaku [An Invitation to the Rooftop], the Kawabata Yasunari Literature Prize in 2007 for “Tatado,” the Ono Tōzaburō Prize in 2008 for Baba, Basara, Saraba, the Hagiwara Sakutarō Prize in 2010 for Korukata [Kolkata], and the Izumi Kyōka Prize for Literature in 2014 for Tamamono.