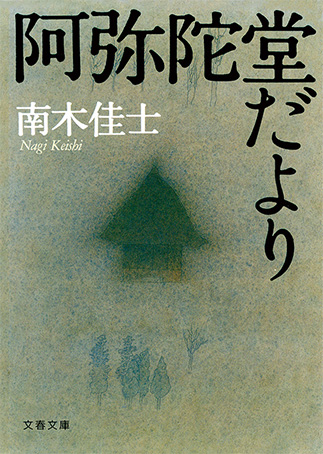 Life in Japan has changed dramatically since World War II, especially in rural areas. A society that was once centered on agriculture rapidly became urban and industrial, and farming villages trod a path of decline in the regions left behind by this transformation.

The hero of this book, a novelist named Ueda, was brought up as the only child of a smallholder family in the fictitious village of Yanaka in Nagano Prefecture before finally abandoning his birthplace for life in the city. When his wife, a doctor, slides into depression after suffering the shock of a miscarriage during a hectic work schedule, they resolve to move back from Tokyo to Yanaka. By doing so, Ueda also hopes to overcome his creative block. On returning to the mountain village for the first time in years, Ueda starts to farm again, while his wife examines patients at the local clinic. Surrounded by the same natural beauty as in past days and pursuing a leisurely lifestyle, the two regain their physical and mental health.

Their worldview starts to change, particularly through encounters with O-ume, a woman who, at more than 90 years old, resides alone on the mountain as the custodian of the village’s “Amida hall,” dedicated to the spirits of the villagers’ ancestors. The elderly O-ume does not have a television, telephone, or even a flushing toilet, and leads a life severely lacking in modern conveniences. She does not complain, however, as she plows her own small field and lives in cheerful self-reliance with no fear of death or illness.

In his warm and highly empathetic portrayal of an elderly woman who transcends her era, the author interrogates the present day and shows readers the potential of a different way of living. (NK)

Born in Gunma Prefecture in 1951. Novelist and physician. Won the Bungakukai New Writers Award for “Hasui” [Breaking the Waters] in 1981. Won the Akutagawa Prize and the Saku Culture Prize in 1989 for Daiyamondo dasuto [Diamond Dust] and the 2008 Izumi Kyōka Prize for Literature and the 2009 Minister of Education’s Art Encouragement Prize for Kusa suberi: sono ta no tanpen [Sliding on Grass and Other Stories]. Other works include Fuyu monogatari [A Winter’s Tale] and Yōko no ichinichi [Yōko’s Day].