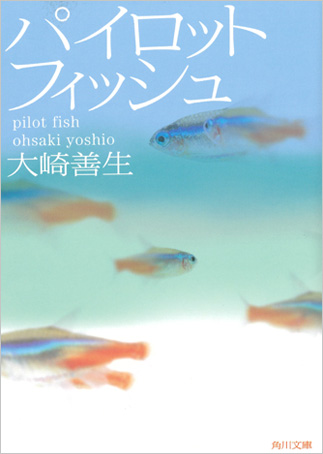 Yamazaki Ryūji moves from Sapporo in northern Japan to study at a university in Tokyo, where he meets Kawakami Yukiko by chance in a cafe. He is unable to get used to big city life, and she reaches out to him just as he seems on the verge of falling into a pit of loneliness. The two start dating. Three years later, they receive a great shock when Watanabe, the rock cafe owner who had been kind to them, dies in an unexpected accident. Just then, Ryūji gives in to temptation and has a brief fling with Yukiko’s close friend Itsuko. Hurt by this discovery, Yukiko splits up with him. It is 19 years later when a phone call brings back the memories of those younger days.

It is common to portray love in modern Japanese literature as a metaphor for taboo-breaking, but in the contemporary era there are almost no obstacles left to overcome. Men and women meet, after which they form relationships or separate. How to write about love so as to give that kind of simple story any momentum is a major issue for contemporary writers.

Ōsaki Yoshio succeeds in this task by focusing on the loneliness of urban life. Weakness of will, sudden treachery, emotional vulnerability, and excessive pride are common traits for people today, but they can easily become obstacles to love. The tenuous nature of human relations and the sense of isolation behind the glamor of the city are effective means for expressing the difficulty of love.
The lucid style has the bracing beauty of a clear blue sky in early autumn.

Through natural scenery, people’s expressions, or casual gestures, Ōsaki creates an atmosphere as finely detailed as a miniature, skillfully inlaid with smart dialogue. This is a superb work, head and shoulders above other romantic fiction of recent years. (CK)

Born in Hokkaidō Prefecture in 1957. In 2000, his nonfiction debut Satoshi no seishun [Satoshi’s Youth] won the Shinchō Arts and Sciences Award; the following year, his second work Shōgi no ko [Shōgi Children] received the Kōdansha Nonfiction Award. In 2002, he was awarded the Yoshikawa Eiji Prize for New Writers for his first work of fiction Pairotto fisshu. Other works include Ajiantamu burū [Adiantum Blue], Kugatsu no yonbun no ichi [A Quarter of September], and Enputi sutā [Empty Star].