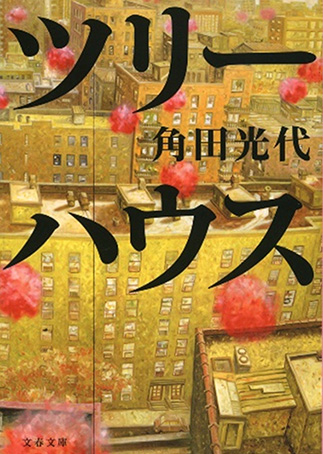 Also published in: Chinese and French

Kakuta Mitsuyo, one of the most popular women novelists active in Japan today, has been remarkably prolific in recent years. In the latter half of 2010 she came out with three books in close succession: Hisoyaka na hanazono [Quiet Flower Garden], about the fate of children born through in vitro fertilization; Nakushita mono tachi no kuni [The Land of the Lost], a series of short stories depicting the growth of one woman with fantastic imagination and rich lyricism; and Tsurī hausu. Astonishingly, all three books, while dealing with vastly different subjects, are masterful works of fiction that transcend genre, combining literary insight into the human heart with highly entertaining narratives.

Set in Tokyo in the late 1990s, Tsurī hausu traces the history of an ordinary Japanese family running a Chinese restaurant. A family chronicle spanning three generations unfolds against the backdrop of modern Japanese history—from the grandparents, who emigrated from Japan to Manchuria in the mid-1930s; to the parents, members of the generation involved in the campus unrest of the late 1960s; and finally to the children, who struggle to make sense of their lives amid such apocalyptic events as a massive terrorist attack by a Japanese cult and a major earthquake.

As a historical novel written from a sweeping perspective, this is a new departure for Kakuta, who has tended to focus more narrowly on interpersonal relations in contemporary society. As such, it is an ambitious and noteworthy work. (NM)

Born in 1967. Won the Naoki Prize in 2005 for Taigan no kanojo [trans. Woman on the Other Shore] and the Chūōkōron Bungei Prize in 2007 for Yōkame no semi [trans. The Eighth Day]. Tsurī hausu won the Itō Sei Literary Prize in 2011. Also received the Shibata Renzaburō Prize for Kami no tsuki [Paper Moon] in 2012 and the Kawai Hayao Story Prize for Watashi no naka no kanojo [The Woman Inside Me] in 2014. Other works include Kuma-chan [Mr. Bear] and Hisoyaka na hanazono [Quiet Flower Garden].