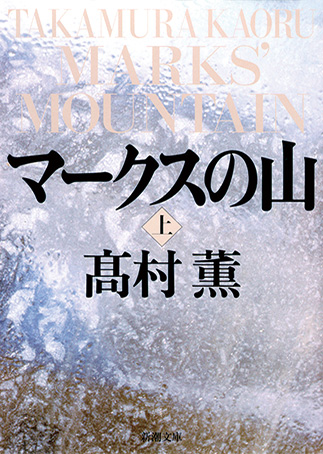 A deeply troubled youth, haunted by images of a dark mountain, goes on repeated irrational, murderous rampages. On the trail of the murderer is Detective Gōda of the Metropolitan Police Department, who carries out the investigation with dogged persistence.

Everything goes back to a family suicide that took place in 1976 on Kitadake, Japan’s second highest peak. The youth, Mizusawa, was the only survivor of the tragedy, but with almost no memory of the past he abandons himself to a nihilistic existence. Neither his understanding foster parents nor his lover, who tries her best to support him, can drive away his demons. Mizusawa chanced upon the secret of a serious crime committed in the past and tries to blackmail the perpetrators, who have escaped punishment and gone on to take positions of power. However, his plan is far from successful, and he ends up setting not just his own life but also those of many others on the path to tragedy.

The story has more than its share of horrors and unfolds at a rapid clip, throwing up questions one after another. It depicts the tension between the criminal and the detective, the various frictions within the police force, and the arrogance and corruption of those in power who bring pressure to bear on the investigation. Takamura’s writing is both elaborate and dynamic, and her consummate skill elevates the novel far beyond the genre of mystery. This is a masterly work that looks straight at the abyss of contemporary society. (NK)

Born in 1953. Won the Mystery Writers of Japan Award and the Japan Adventure Fiction Association Award for Ribiera o ute [Shoot at the Riviera] in 1993. In that same year she took the Naoki Prize for Mākusu no yama. Also received the Mainichi Publishing Culture Award in 1998 for Redī jōkā [Lady Joker], the Shinran Award in 2006 for Shin Ria Ō [New King Lear], and the Yomiuri Literature Prize in 2010 for Taiyō o hiku uma [The Horse that Pulls the Sun].